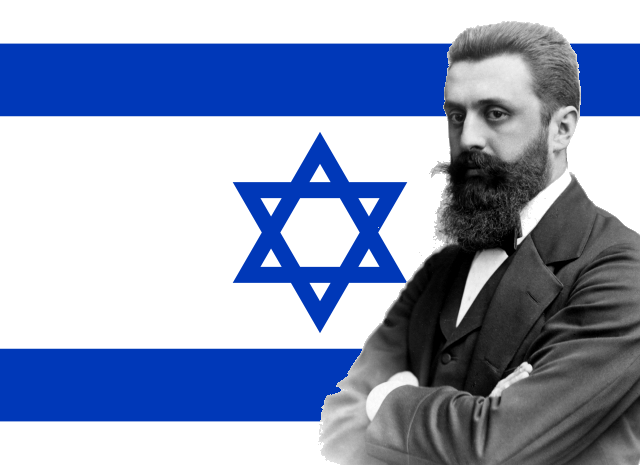 Is Zionism a Babka value?

Zionism is one of the biggest things I’m asked about when it comes to Babka, on both sides. Is Babka Zionist? Is Babka Anti-Zionist? Let’s have a frank and honest discussion about it.

Zionism is the belief that Jews have been targeted around the world and that history tells us we cannot achieve safety as a people without the protection of a nation-state. The place that was chosen for that nation-state is the ancestral homeland of Jews.

The land of Israel has gone through multiple names, but it was called Israel by the ancient Jews, then Judea, and then the Romans renamed it Palestine thereby separating the physical space from the people that has inhabited it for nearly two thousand years. What has always been the case is that Jews have called back to our ancestral homeland in our blessing and prayers and that the Jewish people- a term that would until recently be called the “nation”, has always been associated with our ancestral homeland and the physical place.

Are all Jews Zionist?

While not all Jews are Zionist, many in the diaspora (outside of Israel) are generally supportive of a Jewish homeland, even if they themselves do not wish to reside there. Roughly some 70-80% in the diaspora of Jews fall into this category of supporting a Jewish homeland without wanting to live in the land of Israel. Of the remaining Jews, only a small portion are explicitly anti-Zionist. Most Jews who do not believe in Zionism believe that Jews can and should live as we have for the last two thousand years in the diaspora.

Of course, with nearly half the world’s Jews living in Israel, it should go without saying that nearly all Jews in Israel believe in Israel’s right to exist. Between these Jews and the Jews of the diaspora, a vast majority of Jews are Zionist.

Non-Zionist Jews tend to be neutral- neither supporting nor objecting to Zionism. Many express the idea that Israel is a far away land and disconnected from their lived experience. They are not against Zionism, but they do not associate themselves with a country that many have never been to. They argue that like any other diasporatic group, they should not be directly held accountable for the actions of a foreign government, and some are frustrated by the association.

There are also some anti-Zionist Jews, though far less. Most anti-Zionist Jews are religious “Ultra-Orthodox” Jews who take the bible literally when they discuss the messiah re-creating the kingdom of Israel and see an earthly political movement to be antithetical to that goal. They believe that by creating a country called Israel, Jews are shifting their focus and efforts away from spiritual and onto earthly matters, and that this is a mistake.

The other anti-Zionist Jews express issues related primarily to the actions of the Israel government or those Zionist movements which support expanding Israel’s territory. This is a roughly equivalent to saying one supports democracy, representational governance, individual freedoms, personal opportunities for economic growth and multi-generational upward mobility, but are anti-American. One can believe in the ideals of a place without supporting a manifestation of those ideas, but then in doing so, eschew the labels associated with both the ideas and their manifestation.

Anti-Zionist Jews then examine the actions of Zionism as a movement through the lens of rhetoric and actions of those on the extreme and label the entire Zionist movement based on the actions of extremists.

Is Non-Zionism the same as Anti-Zionism?

For those who are explicitly against a Jewish state, once again, we might have to dig a bit deeper in understanding their feelings and motivations and ask them if they are against the idea of a Jewish state, or simply frustrated by certain policies and actions by the Israeli government.

After we do that, we’ll find there are very few truly anti-Zionist Jews. Most Jews either support a Jewish state or take no position on it.

What about anti-Zionist non-Jews?

As my poll and experience show, most non-Jews are simply unsure what exactly Zionism is. This makes sense- few non-Jews know a great deal about Judaism or Jewish thought. Few non-Jews can name any Jewish holidays outside of Hanukkah, or are aware of Jewish ideas such as mitzvot or tikkun olam. Many Jewish ideas are not only foreign conceptually, but because they are in Hebrew, seem mysterious or even scary sounding.

Because of political activities by those working against Israel, many non-Jews associate Zionism with violence in a way that almost mirrors the experience of Islam being associated with terrorism and bombings and not the day to day lives of Muslims.

Unfortunately, there are also many people who deliberately manipulate the dialog around Zionism as a mask for antisemitism.

On social media, Jews are often exposed to very ancient anti-Jewish tropes where the word “Jew” has been replaced with “Zionist” in order to bypass that site’s hate speech rules. To be more explicit, in the minds of sites such as Twitter and Facebook, “Jews drink the blood of Christian babies.” is hate speech, but “Zionists drink the blood of Christian babies.” is political speech.

It is extremely common for hate speech on these platforms to associate Zionism with tropes around blood libel, control over banks, shadow governments, and more. They also use Zionist as a slur- something I’ve encountered in person as well.

A common question that comes up when talking to non-Jews about anti-Zionism, specifically anti-Zionist movements such as BDS, is why many Jews see anti-Zionism as dangerous. This relates to the relationship between the concept of Zionism and the state of Israel.

If one were to talk about Zionism prior to the formation of Israel in 1948, it would be an intellectual discussion about whether one is one for or against the idea of a formation of a Jewish state. After 1948, and today, roughly seventy-five years later, that discussion is no longer intellectual or theoretical. Today Israel is home to over nine million people, and nearly half the world’s Jews.

If Israel were to be destroyed, it would have very real, very serious consequences for millions of Israelis, especially the seven million Jews who live there and who have for generations. It would mean, at the very least, their forced displacement. More realistically, the destruction of the Jewish state would result in a genocide of the Jewish people in the scale of millions.

With all of that out of the way, we’re back to our starting question: “What is Babka’s policy towards Zionism?”

As it relates to speech regarding Israel or Israeli policy, we believe there must always be room for legitimate political discourse, so long as that discourse doesn’t violate other policies, such as harassment, violent imagery, or threats.

For Jew-hate masking as anti-Zionism, we believe that changing the word “Jew” for “Zionist” does not launder hate speech into political speech, and thus such posts will be removed.

If someone is calling for the murder or oppression of Jews (or any other group!), under any guise, then that would be considered hate speech and would be removed.

As for whether Zionism is itself is a Babka value, while I am personally a Zionist- Babka is not me and I believe that a welcoming and diverse community must include welcoming to Jews and allies who are non-Zionist/Zionist neutral. Not every Jew should be required to have a position on Israel and just as we Jews don’t want to accept externally imposed litmus tests around Israel, we should not impose them on ourselves.

For people who advocate for the murder of Jews either directly or indirectly, we must take a hard line. Babka will not tolerate hate, dehumanization or incitements of violence towards any group. This goes not only for Jews; we take the same position regarding hate speech against Arabs, Christians, Buddhists or others. That said, we are a site for Jews and allies, and take that responsibility seriously. We do not tolerate calls for violence or death of Jews.

To summarize, Babka strives to be a place for Jews, many of whom are Zionist, and some of which are not, and we think there is room for both Zionist and non-Zionists on the platform, but we do not tolerate calls for violence or death against Jews.